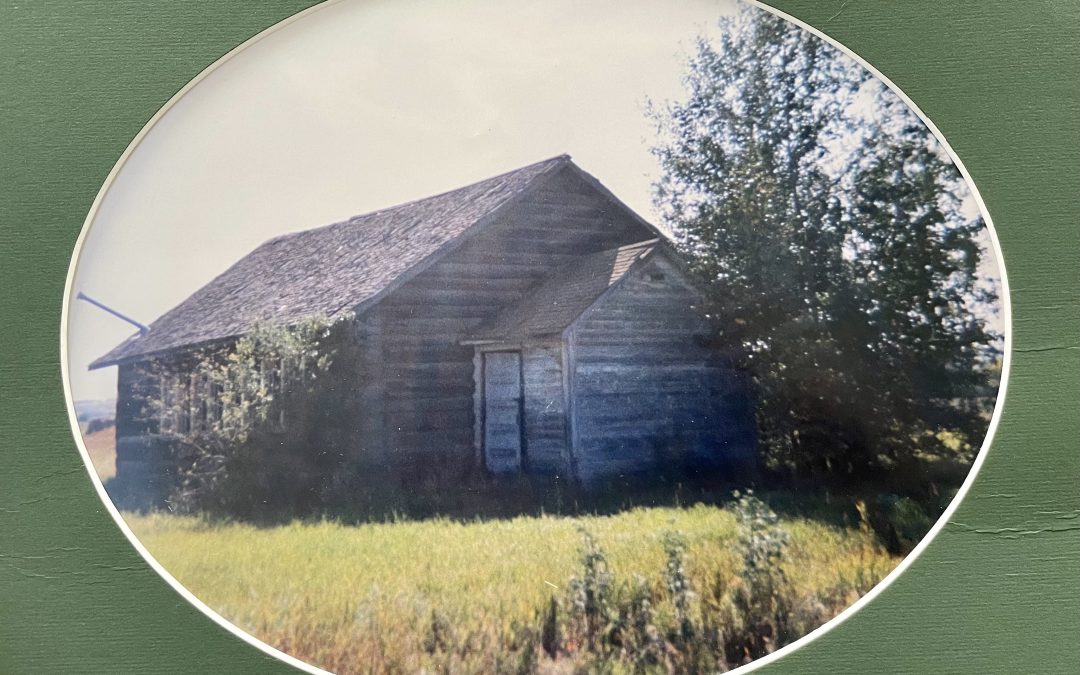 Written by Lloyd Bryra in his book Cowboys, Moose Hunts, Blizzards, and Such: A Northern Canadian Cowboy

Christmas and the school Christmas concert were always the highlights at that time of year. Preparations at school started in early December with plays, choir practice, poems, solos, and chorus groups. A lot of time was spent on making costumes and props. It seemed that there were endless hours of practice and repeat after repeat for perfection’s sake. Everyone was quite excited and helped one another as it became their time to do their presentation. At last, the big day came; it was often a few days before Christmas, depending on how the days of the week coincided with the big day. Generally, we were dismissed from class right after the noon hour. At the time, I never thought of all the work the teacher had yet to do. It just seemed like magic because when we arrived that evening, the stage had been moved in, the curtains made of blankets had been hung, and there even was a decorated Christmas tree set up. Desks had been moved out and replaced with chairs and benches donated by the farmers of the community.

When we had been dismissed that day, we hurried home to do chores, the Christmas spirit from school still prevailed. We helped each other so we could get finished as soon as possible. (I must admit that this helpfulness did not prevail all the time during the year.) Soon we were hurrying through supper, washing up and changing into our best clothes. By this time Dad would have the team of horses hooked up to the cutter and everyone got packed under blankets, and off we would go at a brisk trot to the big event in our lives, the Christmas concert.

As we approached the school yard venue, we could see bright lights on the schoolhouse which was normally dark all year in the evening. Upon entering the yard, excitement was high. There were teams of horses everywhere as families arrived. Mothers were scurrying about getting their children ready for their performance and fathers were taking care of the livestock and visiting with neighbors.

What a surprise when we entered the classroom to witness the changes that had taken place! One of the more prosperous farmers, who owned an electrical generator, had arrived early to set up floodlights on the stage. I thought they were the brightest lights I’d ever seen; 100-watt bulbs with oil cans cut out around them to act as reflectors on the stage.

Everyone packed into the one room schoolhouse and the concert got started. One after the other, the participants were announced and presented their performance. At last, everyone was finished the teacher led the crowd in singing Christmas carols. Then over the loud hearty voices of the men and the harmonious singing of the ladies came a distant jingle of bells which grew louder. Very quickly everyone became quiet. Suddenly, Santa Claus burst onto the stage carrying a huge bag full of gifts. One at a time the student’s name was called out and each received a gift and a bag of candy/nuts.

The evening drew to a close, and one by one each family packed up and started for home. Sometimes it would be quite cold on the return trip. The moon and stars would be out, and the night would be very still. As the horses walked along, neither the loud crunch of the frozen snow under their hooves nor the squeak of the sleigh runners on the snow could drown out the loud and off-key singing of more Christmas carols on the way home.

I can still feel the chill on my cheeks and taste of the peppermint candy in my mouth.