Christmas Cards of the North Peace 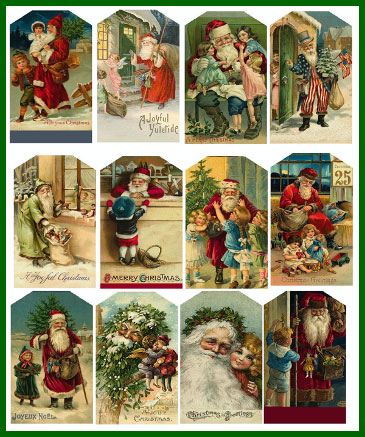 A Brief History of the Christmas Card

The first Christmas card was developed as a result of procrastination. Sir Henry Cole’s mail was piling up in 1843 and he wanted to reply to many people without having to write a long stack of letters. He had his friend, John Horsley, an artist, design the first card. 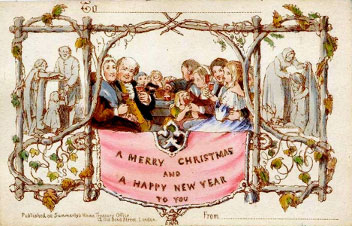 First Christmas Card, 1843. Public Domain. Did you know? The first Christmas card was criticized as it showed children drinking wine at a time when the Temperance Movement was strong.

The outside panels of the first Christmas card showed people caring for the poor. The centre panel showed a family having Christmas dinner. Only 1000 at most were printed. Each card cost a shilling.

By selling these cards, Cole and Horsley got more people (not just the rich) to use the newly Post Office. Penny postal deliveries were introduced just before the Christmas card. The post office was able to introduce this cheap rate because newly built railways facilitated the transportation of mail.

Christmas cards became popular in the 1860s. As printing methods improved, they were able to print cards in larger numbers. Most of the early Christmas cards featured the Nativity scene. In the late 1800s, robins and winter scenes were popular. As more cards were mass-produced in North America, they became more affordable for everyone.

In 1910, Joyce Clyde Hall began selling picture postcards. His brothers, Rollie and William, later joined him in business and they formed the Hall Brothers Company.

On January 11, 1915 a fire destroyed the office and inventory of the Hall Brothers. Though they were heavily in debt, the brothers decided to buy their own printing presses and began producing their own cards, including their first Christmas card. They printed cards in a brand new format – six inches high, four inches wide, folded once and stuffed in an envelope.  This gave the writer a more room than a postcard but not as much as a letter. It also kept the contents of the card private. This book-like format would become the industry standard, one the card industry still uses today. 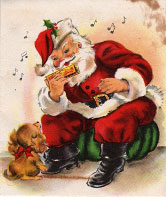 The Hall Brothers produced colourful Christmas cards. There were cards showing Santa and Nativity scenes with bright stars over Bethlehem. The cheerful Christmas greetings inside became very popular between the 1930s and1950s.

Joyce Hall was fascinated by the world “hallmark” and its use as a mark of quality. He also liked that it included his last name. In 1928, the company began using the Hallmark name on the back of all its cards.

The William E. Coutts Company of Canada became an affiliate of Hall Brothers in 1931. These three cards have Coutts Hallmark printed on the back. They date between 1931 and 1970. Until the 1990s, the Canadian branch of Hallmark was known as Coutts Hallmark.

With Every Best Wish

This card was sent from Anglican missionary Monica Storrs to her friend, Duncan Cran for Christmas 1943. Both sender and recipient were very involved in the Anglican Church in Fort St. John.

Monica Storrs had come over to the Peace River Block from England in 1929 to serve as an Anglican missionary. She worked with other female missionaries, as well as lay brothers and ordained priests. Monica visited the lonely; started Sunday school, girl guides, and boy scouts; conducted services; distributed clothes; and served her neighbours in many other ways. She returned to England in 1950.

Duncan Cran moved the Peace region a year after Monica arrived. He worked as a surveyor and homesteaded near Deep Creek. Duncan was a member of the Hospital Board and was involved in many Christian organizations. He was a member of Royal Canadian Legion, a charter member of the Friendship Society, a founding member of Senior Citizens Society, and chief organizer of the Red Cross Society’s activities.

The religious content of this card and the verse inside had great meaning to both Monica and Duncan.

Most of the Christmas cards in the Fort St. John North Peace Museum’s collection belong to Alwin Holland. Following his service in the First World War, Alwin moved all the way from Ontario to the Peace Region. He was 27 years old. He left behind his brothers, Benjamin and Chester. These cards are from them.

The card with the holly on it is from his soon to be sister-in-law Lydia Skeene. She writes, “Chester sends you the shirt. Hope it suits alright.” The card is filled with news of Lydia’s daughter from her first marriage, Fairlene. ‘Fairy’ has just gotten married. She has enclosed a piece of her wedding cake for Alwin to enjoy.

The card with the deer on it is much less newsy. It is simply signed ‘Benj. and Elsie’ below the typed message “Greetings and best wishes for a happy Holiday Season.”

This card showing the wise men and an angel was sent to Alwin Holland from the B. Rempel family.

Ben and Susanna (Suzie) Rempel moved to Dawson Creek from Barne’s Crossing, Saskatchewan in 1951. They brought their eight children with them – Calvin; Carol; Tim; Hope and Faith (twins); Coleen, Peggy, and Mark. The children ranged between nine years and one year. They had another son, Philip, in Dawson Creek.

In 1952, they moved to farm at Moose Creek, thirty-five miles north of Fort St. John. In 1954, Moose Creek School was built on the corner of their land. Alwin Holland was instrumental in the building of this school. It was later moved east to accommodate other families. They had four more children in Moose Creek – Rea, Terry, and another set of twins – Paul and Paulette.

A lot of history goes into the simple signature on the card – “The B. Rempel Family.” Imagine signing all the names of your family members on your long list of Christmas cards when you have thirteen children!

Alwin Holland opened a school at Hudson’s Hope in 1922-1923. He opened and taught at other schools in the North Peace – Attachie, Bear Flat, Rose Prairie, Moose Creek, and Upper Cache Creek. Wherever the need was, he went.

In addition to being a teacher, he was an engineer, surveyor, and farmer. Today, one of Fort St. John’s elementary schools is named after this teaching pioneer.

This card looks to be from one of his students. “To Mr. Holland From Judy Pomeroy” is printed neatly at the bottom of the card.

Do I Hear a Dollar?

Alwin Holland received this Christmas card from a well known couple in the North Peace – Ed and Alice Thomas in the 1950s. Like Alwin, Ed had moved to the Peace Region following the First World War. He married Alice Parsons and they farmed and held auctions. Ed was the auctioneer and Alice was his clerk.

Alice and Ed setting up on the parking lot across from CIBC was one of the first signs of spring in Fort St. John. Ed tickled the money out of the customer’s pockets. He could extract up to three times the worth of the sale item and send the customer home delighted with his bargain!

Ed offered package deals. He once took three old pokers, a scrubbing brush, six knives and forks, and a string mop and stuck them in a jerry pail. His obituary recalled:

He said “Old Bill didn’t have much use for a mop at his place… This mop may look bad but its hardly been used. Who’ll say 25c for the bunch?”

“Where’s the lid to the jerry?” a voice sings out.”

The crowd would be convulsed with this fast, earthy repartee. Someone would take on the 25c asked and perhaps Ed would get 75c or $1 for the lot.

The handwritten message on this Christmas card to Alwin Holland from Uncle Dudley (Reginald Shaw) starts out “Cheer up Old Timer!” Uncle Dudley continues, “I hope you are feeling better and have a nice Xmas.” This is a rather abrupt message from someone who could write elegant phrases such as “A noble Chinook blew in today, laying blue ice ribbons beside the pathway to my gate.”

Uncle Dudley, a Hudson’s Hope pioneer, was best known for his weekly column in the Alaska Highway News. He would outline the goings on at Hudson’s Hope using words like “noble” to describe community efforts. His column always ended with the weather as he observed it from his cabin door.

Uncle Dudley came to Hudson’s Hope on the D.A. Thomas steamer in 1912. He built a cabin and lived in it for 53 years.

Reginald Shaw got the nickname Uncle Dudley from the children at the Hudson’s Bay Company post at Hudson’s Hope. He had a habit of saying “deadly” when showing disapproval. This saying was morphed into Dudley.

Uncle Dudley lived extremely frugally, working or trapping long enough to see himself through the winter. He was rich in time. Uncle Dudley took time to enjoy life, read, and spend time with neighbours and children – a great resolution for the rest of us to think about for the New Year.